Why would you ever watch someone play a computer game when you can play it yourself? This is a common question among those who doesn’t understand streaming in general or esports in particular. But it is a stupid question. It is exactly the same question as “why do you watch football when you can play it yourself?” There is no further explanation needed than: “I enjoy it.”

Crossover between watching and doing 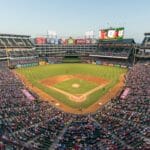 There is a crossover between playing and watching, to be sure. If you play the game you are more likely to understand and appreciate the skill of those playing. However, it is not necessary. Many people watch esports long before they play it, and some watch games like LoL or StarCraft without ever having played the game. You only ask the question if you don’t realize what entertainment is. There are a lot of things we watch but not do, we watch crime dramas and cooking shows, we watch baseball and football, and we watch political rants from unhinged people. These things do not necessitate that must commit or solve crime, cook, play baseball or football or go on incoherent political rants.  (Although the last one is tricky to avoid.)

The drama of a game is different from game to game. We live in a golden age where video game creators are still exploring the medium and new storytelling ideas and concepts arise all the time. In high skill cap, story driven games, watching someone else play the game to completion is very rewarding. Sometimes the drama is about playing together against another team. The strategy and execution are fun to watch played out.

When it comes to streaming there is a further aspect to what makes something enjoyable to watch. If there is a story line between two players, if the streamer adds entertainment value to the play experience, if you learn how to play better, or if there is a huge prize pool at stake.

Yes, there is also an aspect of watching a stream or a game online and getting inspired to play yourself. This is one of the main reasons why game creators work hard to get streamers and tournaments going.

In conclusion, there is no divide between watching and playing. They can be equally enjoyable and by jove – they are!